There I was, sipping my morning coffee while gazing across my vast wheat fields as the breeze gently tussles what’s left of my hair.  I feel good.  With Lanzel family settlements in good standing on a number of valuable elements spread throughout the Island of Catan, I looked forward to prosperous expansion.  Time flies when you can build an entire village in a matter of minutes.  I hear what sounds to be arguments coming from my neighbors to the south, Martz is desperate for sheep and ore and he wont rest until the deal is done.  Although Russell is typically a sucker for a good deal, the heated discussion parts ways empty handed.  In short time Martz paves the longest road across the land of brick and wood, gathering precious essentials for further growth.  Before I know it he has surrounded valuable fields of sheep and looks to be encroaching on my people’s plantation.  I look the other direction and continue to grow towards the land of ore.  After successfully building a new settlement on a sea port that strengthens my ore monopoly, I hope to open my doors to trade with my fellow townspeople.  Focusing on providing my people with what they need to succeed in life, I overlooked the evil Russell’s dictatorship that has been on the rise to south-east.  It appears that Russell had built a city on an impressive brick quarry with a settlement on a port to the rest of the world.  This was only the beginning.  Using his massive haul of brick, he builds an ore conglomerate around an even more boundless quarry.  With no mercy in his heart and the fist of a thousand gods he sends his robber to shut down my people’s once prosperous ore quarry, creating his own monopoly that all but starves my people to death.  As one last attempt to survive another day I steal the island’s entire wheat harvest and build a city on the edge of my shrinking wheat field.  The move was short-lived.  My people lived in the city just long enough to enjoy the view of the setting sun on our once golden sea of wheat.  It was now property of Russell’s empire.  My one time booming ore settlement was converted into a bagel factory, and the port, a salmon fishery.  The previously flourishing Lanzel settlers have moved into extinction, though there lies a simple memorial at the bottom of the ore quarry to the north recognizing all they did to fight the oppression of the Russell empire. 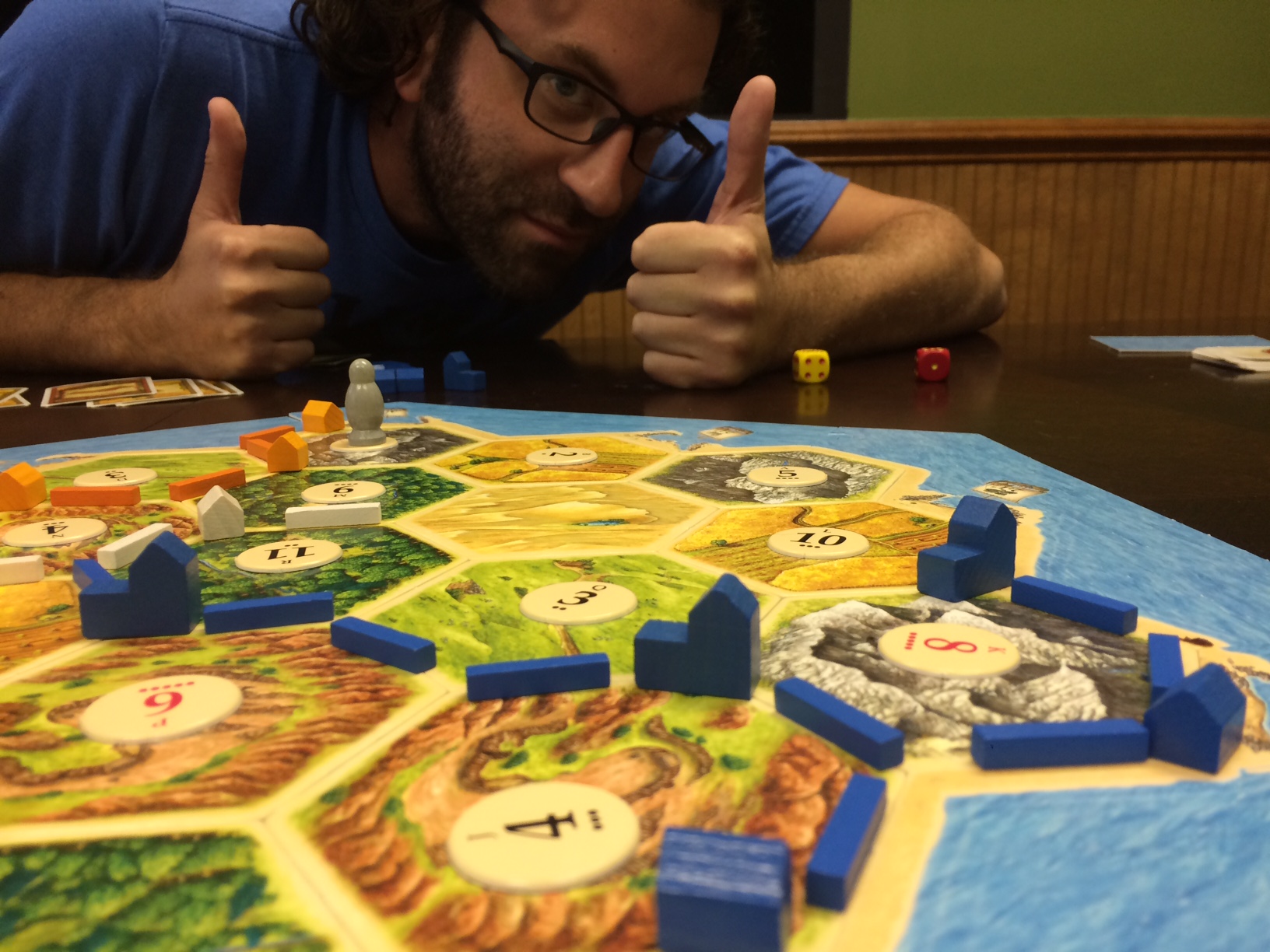