It’s that time of year… Starbucks has introduced their Christmas drinks. I’ve already stopped for multiple Peppermint Mochas. Stores are putting out their Christmas decorations. At least one of the radio stations has begun to play holiday music. The commercials on TV have a theme of togetherness. Thanksgiving is approaching, and as our country comes together with friends and family for the beginning of the holiday season, we take time to think about the people and things with which we are most thankful. The team at Best Gift Idea Ever, is no different. As we reflect on what we are thankful for, we are reminded of how grateful we are for our customers. William Arthur Ward stated, "Feeling gratitude and not expressing it is like wrapping a present and not giving it." So we want to make sure we take time to tell our customers how thankful we are. BGIE is such a personal product.  Although we provide the images, the creativity depends on the imagination of the customers. Our customers have let us into their lives. We’ve been there when they spelled out the name of their first child that they had prayed about for years. Our artwork was used at weddings to allow the guests to sign the mat and create a lasting memory. Families that were coming together through marriage, purchased signs to help the children realize they are now a team. I asked some of the managers of our stores to share their favorite stories of customers. They had too many to represent in a short blog post, but in their words here are some of their favorites.

Hi everyone I would like to give the pleasure of meeting the Smith family, these two had previously been married with children. The husbands name is Smith and wife's previous name was Purdy. When the two decided to get married, reuniting their two families as one, she took his name as Smith but didn't want her children to feel left out with a separate last name. In this effort they go by Smurdy. This name goes on all their holiday cards, and common name they are known by. A name that brings both of their families together. 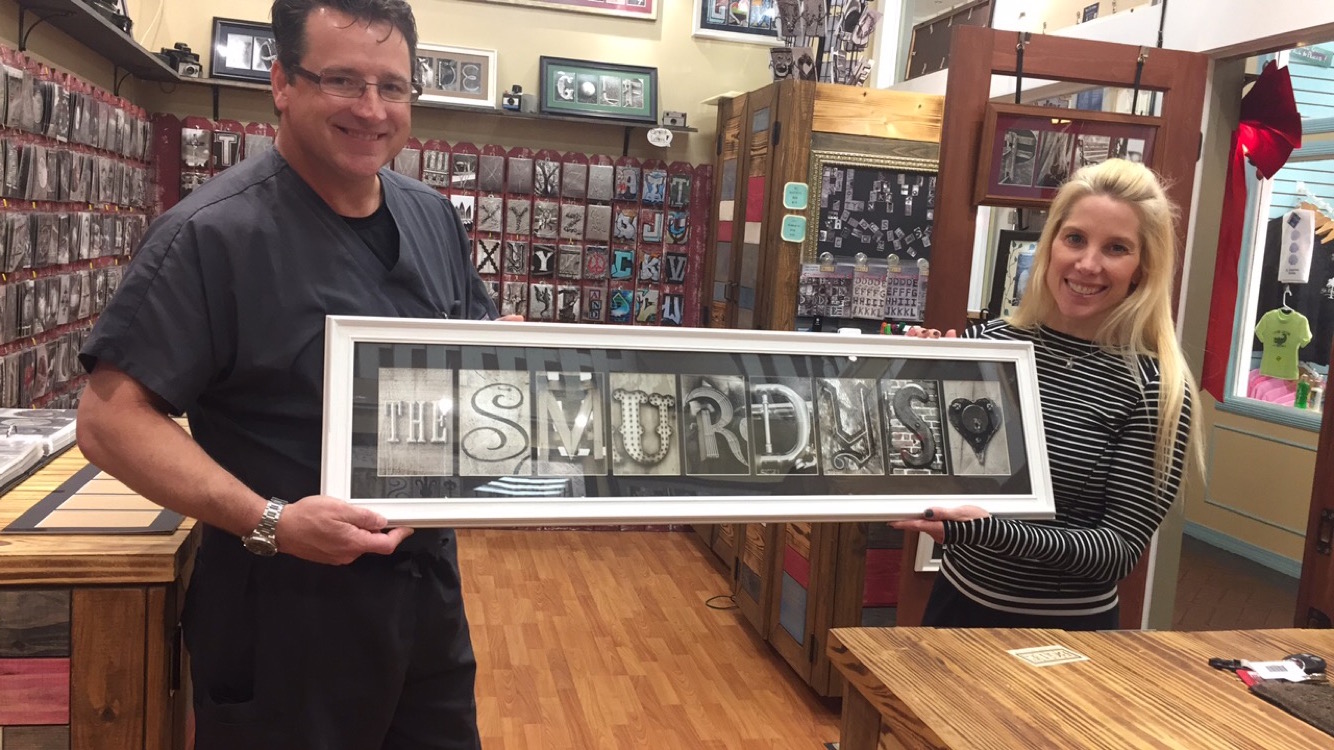 This one was back in June, which is part of a pretty busy season for us over by the beach and all. A woman came in with a very specific request, she needed a sign for a bar she was associated with. Particularly a marine/biker bar that was regularly populated by a group that went by The 'Leather Necks'. As she was busy, but determined to obtain a piece from us, she gave me total control (After picking her matte and frame) while she ran some errands. All I had to do was embody both the nautical and biking aspects of the crew. Well, it took me about a half hour to perfectly balance the two out, but I was happy with my result, which was only half the battle. Once she came back and took a gander at her brand new frame, she was enthralled! She was excited that I was able to really define what she was looking for with our unique photographs and I was pleased she trusted me with such a large amount of creative freedom. Definitely one of my favorites! 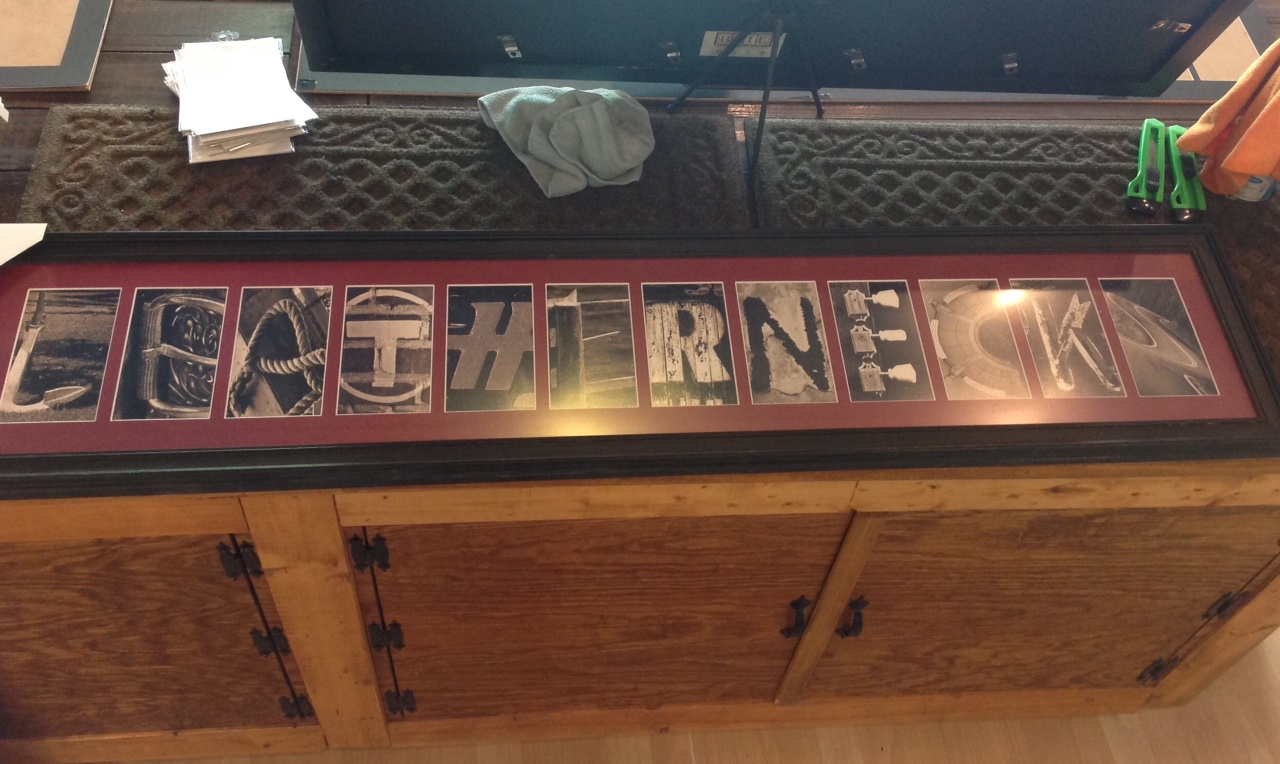 This adorable couple had just secretly gotten married! Like, right before they walked into the store! He had just gotten off the boat and they didn't want to wait one more second! I mean... I cant.  They actually came back to the store with there family and I just about spilt the beans.. They still hadn't told anybody they had actually tied the knot! As far as the family knew.. they where just engaged. I actually don't know if the family knows yet …

Sorry guys- No picture we don’t want to upset the family so no picture of this one guys. J

The picture of us holding the "six" is of Nondumiso Tembe,  an actress on History Channels "SIX, " she got these for the producer of the show and his son, as a thank you for allowing her to be apart of it all. Super cool. She was awesome. 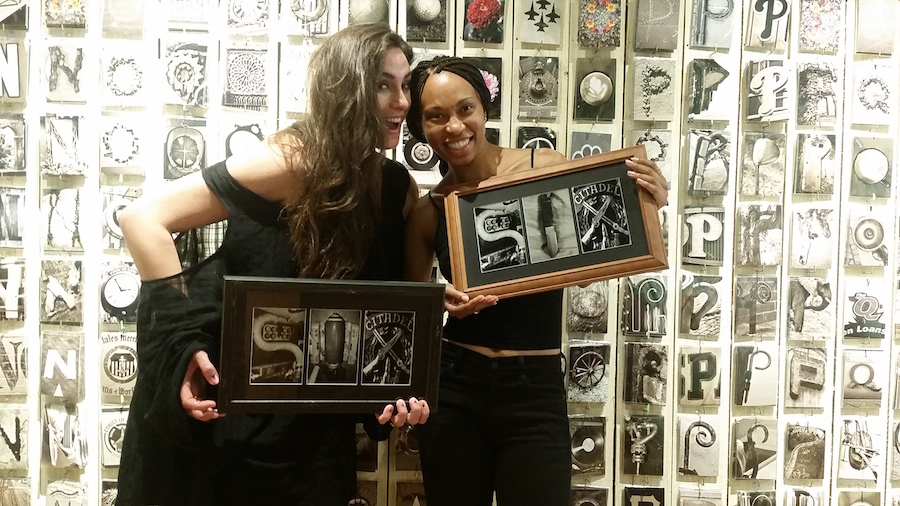 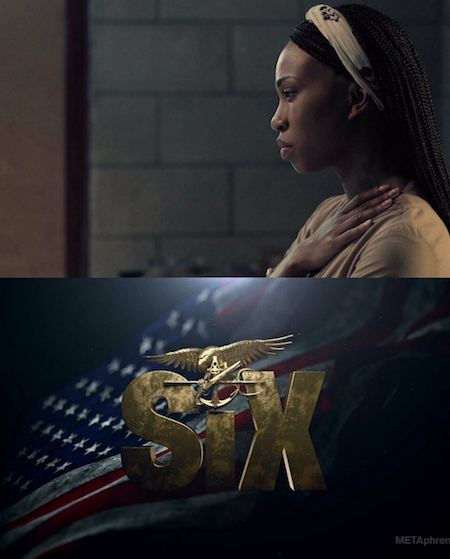 Charleston's Fire Marshall couldn't resist. We went from our routine check up to an anniversary gift for his wife! 32 years. Well done Sir. 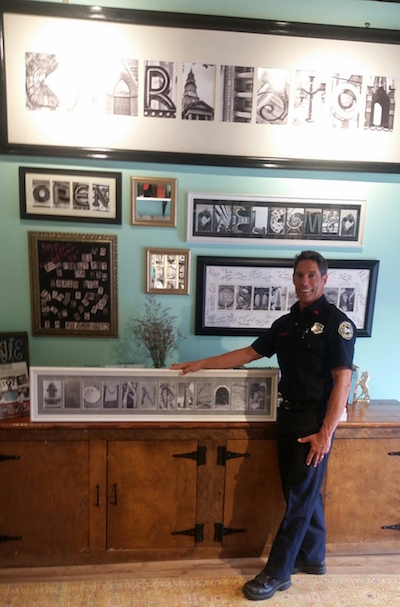 Please continue to share your stories. We thrive off them as a company. #BGIE, #Bestgiftideaever, and #letterart, so we can see them. Thank you and Happy Thanksgiving to everyone!